La Specola, the oldest science museum in the world, should be the newest addition to a visitor’s Florentine itinerary. Opened to the public in 1775 by Grand Duke Pietro Leopoldo (of the Hapsburg-Lorrain family, who ruled Tuscany the Medici and Unification), it was initially the seat for the all the science museum categories (zoology, mineralogy, scientific instruments, astronomy, anthropology, geology etc.). Over the centuries these separate scientific disciplines have been separated and spread around various different seats in the city and the museum now houses only two main sections of the magnificent scientific collection in Florence, but possibly the most fun, the zoological collection and the unbelievable wax anatomical models. The name of the museum, La Specola, means Observatory, as that was what was built on top of the Palazza Torrigiani, the building where the museum is located. The Observatory was later moved to Arcetri (behind San Miniato al Monte church more or less) but the name remains. La Specola museum is comprised of thirty-four rooms, the first twenty are dedicated to the Zoological section, organised according to animal categories such as fish, birds, mammals, reptiles, etc. Afterwards follows thirteen rooms dedicated to the intricate and precise anatomical models made out of wax created between 1770-1850, initially commissioned by Grand Duke Pietro Leopold, to be teaching and study aids, replacing real cadavers. Each room concentrated on a particular part of the body area and the models are accompanied by intricate drawings of the same body part or organ in frames above. It is a fascinating, fun, strange and a completely underrated place inFlorence. Open: 9.30am-4.30pm, (6euro admission fee, reduced 3euro). Closed Monday, address: via Romana 17. 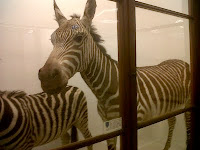 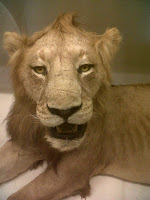